So it’s now official. I will be returning to work at the beginning of January, nearly six months after I was last at work. But even now I've had to deal with NHS bureaucracy.

At the beginning of December I had my outpatient’s appointment where I saw a Consultant Cardiologist who told me that it was fine for me to return to work. So I let work know and they let the Occupational Health Department know. The idea behind this, as far as I was aware, was that OH would see that I'd been cleared by a Consultant and rubber stamp my return to work.

But no! That would be far too simple. OH have insisted that I have to be seen by their Registrar before I can return to work, and knowing that my intention was to return to work at the beginning of January, they gave me an appointment for 23rd January!

Now this presented a bit of a problem. If you work for the NHS and are sick for a long period of time, then you will still get paid your full wage for the first six months that you are ill. After that, it drops to half pay for six months and then stops. My first six months is up on 10th January, which wouldn't have been a problem except for the fact that the OH Dept have given me such a late appointment, so I telephoned them and explained this to them.

Although I wasn't able to get an earlier appointment, there was a compromise solution. I could return to work at the beginning of January provided that my own GP approved (in addition to the Cardiologist who'd already said that it was fine!)

But that wasn't the best bit. When I spoke to the OH advisor, she seemed to be under the impression that I had lost the use of my legs and was very concerned that I shouldn't walk anywhere! I had to remind her that although I had a CABG, I'm not the 'normal' age of people that do. So much for holistic and individual care!

However, between now and then, there is the start of quite an expensive time for family. Expensive not because of everyone get thousands of huge Xmas presents, because of the number of 'events'.

So, in the meantime 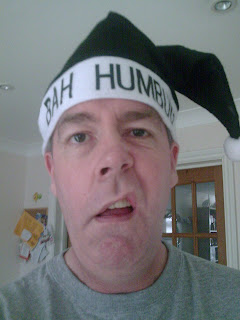 you look so attractive dear!!!!